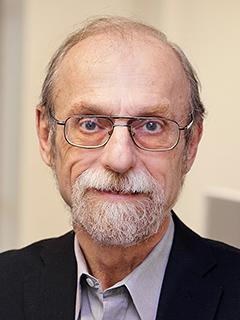 Dr. Aaron Fenster is the Chief Scientific Officer for the Centre for Imaging Technology Commercialization. Dr. Fenster received his PhD degree in 1976 from the Department of Medical Biophysics of the University of Toronto. In 1987, he moved to London and became a scientist and founding Director of the Imaging Research Laboratories (IRL) at the Robarts Research Institute and Professor in Radiology at the University of Western Ontario (UWO). Under his leadership, the IRL has grown to a staff of 250 today. Dr. Fenster is the Director of the Imaging Research Laboratories at Robarts Research Institute and Director of the Biomedical Imaging Research Centre at Western University. In addition, he is the founder and Associate Director of the new interdisciplinary graduate program in Biomedical Engineering at UWO. He is also the Chair of the basic Science division of the Department of Medical Imaging and the Director for the Biomedical Imaging Research Centre at UWO. This Division combines the strengths in imaging research across London’s institutions, which, combined, makes the London medical imaging research community one of the largest in North America, with more than 350 staff and students and $100M in research equipment. Dr. Fenster is the Program Director of the Imaging Translation Program for the Ontario Institute for Cancer Research (OICR), as well as the Co-Program Director of OICR's Smarter Imaging Program. In 2010, he became the Chief Scientific Officer, Centre Director and acting CEO of the newly formed Centre for Imaging Technology Commercialization – a federally funded Centre of Excellence in Commercialization and Research.

Currently, he holds a Canada Research Chair-Tier 1 in Biomedical Engineering.  He is the first recipient of the Premier’s (Ontario) Discovery Award for Innovation and Leadership (2007), the Hellmuth Prize for Achievement in Research at the UWO (2008) and the Canadian Organization of Medical Physicists (COMP) Gold Medal Award (2010).  In 2011 he was inducted into the Canadian Academy of Health Sciences.

Dr. Fenster’s research has resulted in more than 300 papers in peer reviewed journals, more than 40 patents filed and the formation of four companies in London based on research in his laboratory. In addition, some of his patents have been licensed to 13 different companies, which have commercialized them for world-wide distribution.

In 2013, the International Organization of Medical Physics named Dr. Fenster one of the top 50 Medical Physicists in the world who have made outstanding contributions to the advancement of medical physics and healthcare through research, clinical developments, education and training activities over the last 50 years.