Dr. Smith has been endorsed by Marquis Who’s Who as a leader in the biophysics industry

WINNIPEG, MB, CANADA, February 23, 2017, Ian C.P. Smith is a celebrated Marquis Who’s Who biographee. As in all Marquis Who’s Who biographical volumes, individuals profiled are selected on the basis of current reference value. Factors such as position, noteworthy accomplishments, visibility, and prominence in a field are all taken into account during the selection process.
Marquis Who’s Who, the world’s premier publisher of biographical profiles, is proud to name Dr. Smith a Lifetime Achiever. An accomplished listee, Dr. Smith celebrates many years’ experience in his professional network, and has been noted for achievements, leadership qualities, and the credentials and successes he has accrued in his field.

A distinguished member of his field, Dr. Smith currently serves as the president of Innovative Biodiagnostics Inc. To qualify him for this work, he has earned a number of degrees, including a Bachelor of Science, a Master of Science, three Ph.D.s, twoof which were honorary, and three additional honorary degrees.

In addition to his status as a Lifetime Achiever, Dr. Smith has received numerous awards and accolades, including the Order of the Buffalo Hunt, Officer Order of Canada, an Outstanding Achievement Award from the Canadian government, a Rotary Paul Harris Award, a Queen’s Jubilee Medal, a Senior Scientist Award and a Herzberg Award. He has also been featured in a number of Marquis Who’s Who publications, including Who’s Who in the World, Who’s Who in the Midwest, Who’s Who in Science and Engineering, Who’s Who in Medicine and Healthcare and Who’s Who in America. 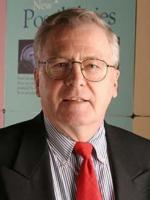